josejulio.martin Posted on 11 Oct 2021 No Comments 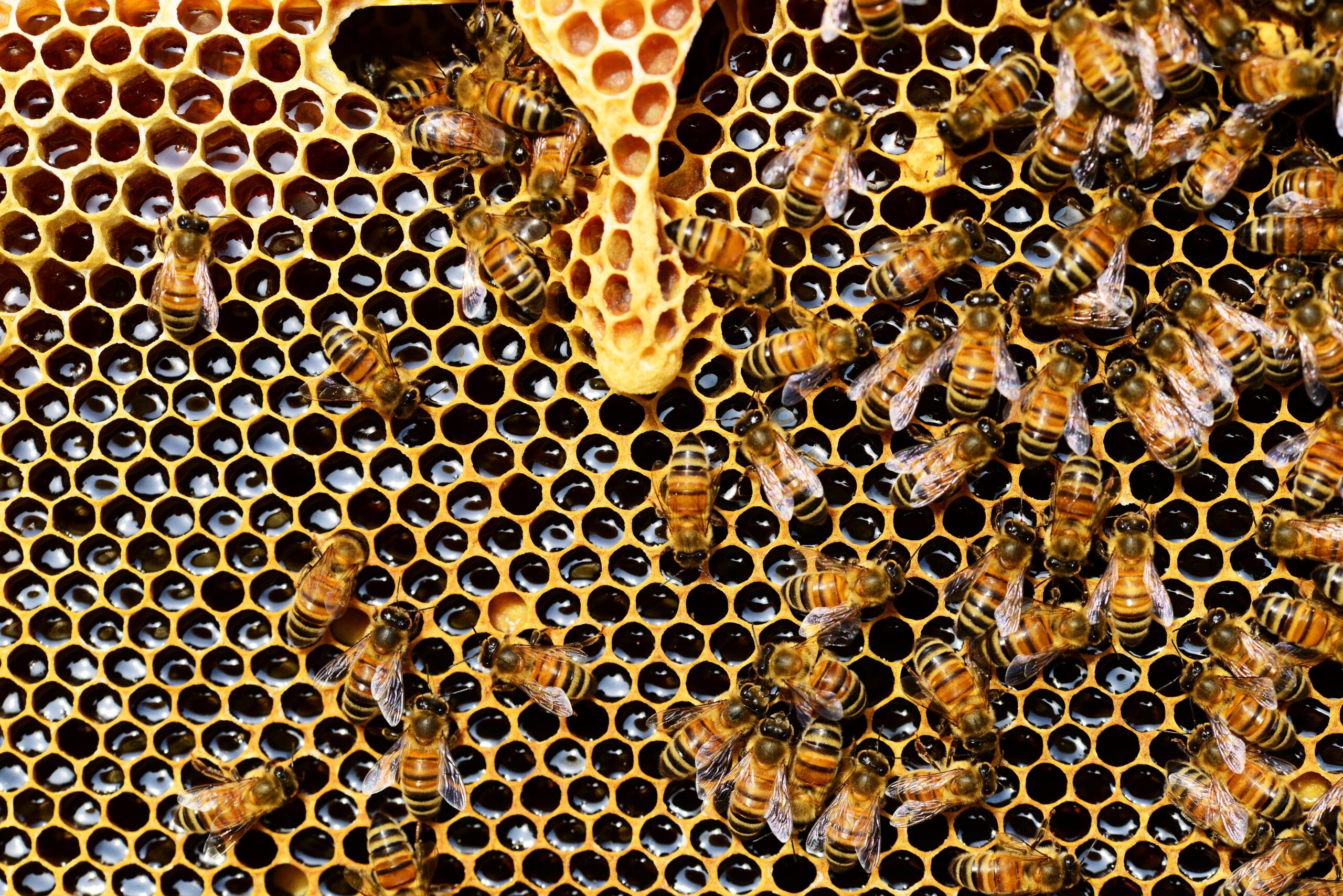 We reach the last article in this series dedicated to Complexity Management in innovative organizations and teams. Throughout the previous instalments we have argued that the solution to be successful in the current environment of enormous volatility, uncertainty, complexity, ambiguity, nesting and networking is to bet on self-organization as a way to bring order to the apparent chaos. Humans, in their anthropocentric vision and in the conviction that in their quality of being intelligent there are no more complex or efficient social organizations than theirs, have been turning his back on nature. However, far from taking us into unknown territory, the guides proposed in these chapters propose a reconciliation with the natural intelligence that surrounds us. In this article we want to direct our gaze to emergent organizational systems common in nature, as proof of confidence that it is not so farfetched to choose adopting self-organizing models also in human groups created in favour of the achievement of a collective enterprise. The complexity of an organization, and therefore its competitive advantage over others, resides in two fundamental properties: the sociability of its individuals and collective intelligence. Both will determine the ability of an organization to cooperate on a large scale and flexibly.

“The Sapiens secret to success is large-scale flexible cooperation”

Eusociality is considered the highest level of social relationship in animals. It has been described in certain mammals, crustaceans, and insects, among which the honeybee is especially familiar to us. Eusocial organisms are organized in colonies, as is a hive. A colony can be considered as a “superorganism” composed of individuals, groups and constructive elements where a large repertoire of social interactions and homeostatic behaviours takes place (e.g., regulation of temperature and humidity, aeration). From the behavioural point of view, eusocial organisms are characterized by: (1) a specialized division of labour among their individuals in the interest of altruistic cooperative behaviour within the colony for the performance of vital tasks that allow the survival of the collective and (2) the coexistence of overlapping generations within an adult colony. The degree of specialization is such that in many cases the individuals of a certain social group (“caste”) have lost the biological capacity to carry out the tasks of the other groups, e.g. the reproductive capacity. In this sense, an eusocial colony (hive) could resemble an animal organ composed of differentiated cells of different tissue types (queen, worker and drone bees). Each bee performs its own vital functions as smallest functional units, but in turn they interrelate and work together cooperatively to build and maintain the functionality of the colony, in the same way that cells from different tissues interconnect to endow an organ with a superior functionality. For those who may feel uncomfortable at the level of a bee or a termite because of their capacity for cooperation and teamwork, let’s say that we can consider humans at a higher evolutionary echelon as a prosocial species, insofar as we pursue not only individual benefit, but that of other individuals or that of the global colony, through behaviours such as helping, sharing, donating and volunteering. Likewise, obeying the rules that make up socially accepted behaviours is considered a prosocial attitude. However, whether humans have evolved into a prosocial species is a debate that is still current today [Wilson, Edward O. (2013). The Social Conquest of Earth].

But let’s go back to the organization of colonies of eusocial individuals like honeybee hives. Can we speak of “collective intelligence” in a hive of bees? For example, we speak of “hive immunity” as a form of interdependent collective intelligence built on the principle of cooperation for the whole society and that arises from the collaboration of various individuals in relation to a particular issue linked to the taking of consensual decisions. In generic form it is applicable to systems as varied as humans, animals, bacteria, organs or computers. In essence, collective intelligence consists of the ability of an organization to detect signals and stimuli from the environment, process them and coordinate joint action for the benefit of the collective. Just like what an innovative business organization requires. If we had to highlight the fundamental properties that allow us to develop such a skill, we would cite two main ones:

Furthermore, the speed and flexibility of response to changes demand a plasticity of the network that can only be achieved through fluid and wireless connections (WiFi). Natural cognitive networks have evolved in various ways to find efficient solutions to a general problem: capturing, storing, processing and responding to information. Some are “static” (or solid) like those made up of neurons, characterized by a well-defined and persistent architecture. Others, on the other hand, are made up of elements that do not have permanent connections or move with each other in physical space. They are “liquid brains”. Examples of liquid cognitive networks are termite and bee colonies, the immune system, and some microbiomes. Halfway between the two types we can place the organoids, an organizational system in which an animal organ is recreated from 3D in vitro cell cultures in which the autonomous cell differentiation of different cell types occurs that self-organize and assemble due to the mediation of fluid and contact stimuli. Solid or Liquid? Neurons or Immune System? That is the question. Neural networks have evolved in complexity as the most efficient cognitive network organization in terms of learning, processing efficiency, and information storage capacity. However, at the same time these same advanced species and other less evolved ones have developed survival strategies linked to cooperation between cellular systems (e.g. immune system) or individuals (e.g. insects and bacteria) that require forms of communication within the collective. Thus, the cells of the immune system and the bees of a hive work cooperatively to monitor the environment in search of threats and opportunities, coordinate supra-individual responses and make collective decisions. All this in an agile, flexible and effective manner. The keys to achieving an efficient human organization are closer than perhaps someone might think and are proven over thousands of years of evolution: let’s learn about how the immune system and a hive of bees is organized.

How feasible is it to create this type of organization in human groups? Would they work? Are there examples? One of the pioneering initiatives in implementing these organizational principles at business was the one incubated by Ternary Software and later adopted at Zappos, the company founded by Tony Hsieh and currently part of Amazon: Holacracy. The essence of the holacracy is self-organization and decision-making power based on dynamic fluid teams and roles, rather than individuals, titles, or hierarchical positions. Imagine a company without bosses or a power structure, where staff self-organize into small groups, where the relevance of each individual resides in the role played, not in the title or position held, and the activities are managed in a completely transparent way. The conventional top-down vertical management hierarchy is replaced by power and authority redistributed horizontally throughout the organization, in which individuals and teams are endowed with the ability and leeway to make their own decisions as long as they are aligned with the collective purpose of the organization. Neither more nor less like what happens in a hive, the immune system or an organoid. We could set four essential basic principles:

It must be made clear that the holacracy is not a democracy. The search for consensus itself is not a goal, and contrarily it may become a waste of time and efficiency. Instead, it is about governing through tolerance for error (forgiveness), about letting people act with leadership and individual responsibility without having to win the acquiescence of colleagues. Yet, when something has gone wrong individually, the collective discussion makes sense.

The holacracy could be considered conceptually close to  Sophocracy (also epistocracy or noocracy) that is, “the government of the wise”. Decisions are made more based on knowledge, experience and persuasion than on the application of consensus and majority rule. Paraphrasing Plato, neither the strongest, nor the richest, nor the most popular, nor on the basis of popular beliefs, should not decide on a ship, since not because of such conditions will the route be better known or the smartest decisions made. In a boat those who know the route should decide together with those who know navigation methods, that is why the driver on a boat is the wisest on the matter.

In 2014, Frederic Laloux introduced an organizational model called the “Teal Organization”, which shares the essence of the fundamental principles of holacracy. A new kind of organization designed to enable “whole” individuals (not narrow professional selves) to self-organize and self-manage to achieve an organic organizational purpose, determined not through hierarchical planning but incrementally, responsively, and from the bottom up. It is supported by three main pillars:

The “Teal” organizational model is presented as an advanced state of business or collective evolution through the following developmental stages:

SUMMING UP, modern human organizations with a collective purpose are bound to navigate at the edge of chaos. More than an alternative, it is an obligation imposed by the VULCAN characteristics of the age we live. In the previous article of this blog dedicated to “Navigation Guide for Organisations Sailing the Edge of Chaos“, we recommended some guidelines for action in line with these principles of eusociality, holacracy and “teal” organizations. Self-organization spontaneously emerges as an efficient solution. Proof of this are the various forms of sociability and collective intelligence that evolution has generated in nature. Looking back at nature, learning from it through the results of millions of years of evolution should make us trust that human groups can also organize themselves in the pursuit of a business objective. “Be a VULCANian Honeybee, My Friend“.

“A falcon attempting to hunt a group of starlings“. Attribution: Video available on Reddit by tothethenthpower

Throughout the articles in this chapter dedicated to Complexity Management, we have stressed the paradox of “the simplicity of complexity”: from simple entities and laws, complex behaviours emerge. Recently, three scientists were awarded the 2021 Nobel Prize in Physics ” for ground-breaking contributions to our understanding of complex systems.” The three winners share the Nobel for their studies to uncover the laws that govern large chaotic and seemingly random phenomena. Perhaps presciently, in 1977 the Nobel Prize in Chemistry was awarded to Ilyia Prigogine “for his contributions to non-equilibrium thermodynamics, particularly the theory of dissipative structures”. The formation of ordered, dissipative systems demonstrate that it is possible to create order from disorder. The description of dissipative and emergent structures has led to fundamental discoveries beyond Chemistry and Physics, including biological phenomena and social systems. Stephen Hawking’s vision seems to come true: “I think the next century (21st) will be the century of complexity“. Particularly for the human mind since nature has never stopped being simply complex.